For the sake of closure, fan service, and reclaiming some hard disk space from 224.4 Gb of tour footage, here's a final video from me.


You can find more new videos our youtube channel which contain all the arguments, raps, unedited live songs, and in-jokes that I felt weren't quite appropriate for the average Dananananaykroyd fan.

Join us on facebook or twitter and we'll keep you up to date with these new noises!

What follows is some text that we've sent to the press.
It's always sad when great things come to an end, but we're going to convert all that sadness into a million joyous moments for these upcoming gigs!


After five years of consistently smashing audiences around the collective face, we are gutted to announce that Glasgow’s six-man musical fireball Dananananaykroyd have announced their intention to split immediately after the conclusion of their forthcoming UK tour.

Drawing plaudits wide and varied, the outfit oft-described as “the best live band in the world,” have notched two critically-acclaimed albums including their most recent effort ‘There Is A Way’ made on Venice Beach, LA with legendary producer Ross Robinson.

“We all still love each other very much,” said the group, “for a band called Dananananaykroyd we’ve done more than we ever expected or possibly even intended and we’ve enjoyed nearly every step of the way. We’re very keen at the same time to make sure we’re never compromising or giving anything less than 100% and at this juncture of our collective lives, it makes sense to go out with a bang – which is exactly what this tour will be.”

Following shows in Leeds and Bristol, Dananananaykroyd’s 12-date farewell tour begins in hometown Glasgow and ends in a giant sphere of blood, guts, human flesh, fire and rock in Newcastle on 12th November and calls over the UK beforehand.

The band will release their final single ‘Think & Feel’ digitally on 7th November 2011.
SQUIRTED BY Duncan AT 16:48 40 comments:

VICE documentary on our band (5 parts!)

Here's a little bit of what we've been doing for the last few weeks.

THE ALBUM IS OUT NOW, THEN!

HI! Our second album, 'There Is A Way', is out as of now! There are a couple of different ways of buying it that enable you to get some serious bonus swag, and here they is, isn't it:

YES. LET'S CELEBRATE IT ALL! HAPPY WAY DAY!
Normal service (aka silly videos of dogs weeing) will resume pretty soon, I guess!
SQUIRTED BY CALUM FROM A BAND AT 18:10 3 comments:

TAGS - there is a way

HEY THERE OH MY GOODNESS!!
Just a little blog post innit, to say that you can stream our new goddamn album a week early HERE: OH MAN CLICK IT.
Let us know what you think via TWITTER or FACEBOOK or something, friend!

Also, check the state of this!

It's hard to express quite how excited we are that our new album is so close to being in your possession! 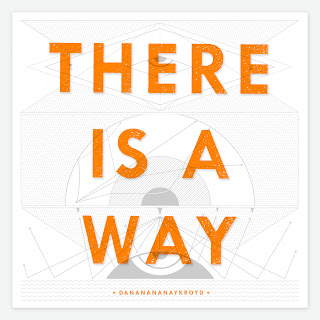 So, if you'll excuse our blatant capitalism, here's some ways to get it.

iTunes download with bonus track and video HERE!
SQUIRTED BY Duncan AT 17:25 2 comments:

Welcome to our new, fancier website! It's pretty incredible, isn't it? Here's a couple of things you can look at on it:

All of our upcoming shows are listed in the "LIVE" section. That'll obviously be updated as we get more rock flans to throw at you! Keep your eyes relatively peeled.

If you click on "STORE", you can pre-order a stupidly awesome bundle deal consisting of our new album, a Pizza College (our label!) t-shirt, a USB stick and a tote bag! All of these, combined into a square and converted to jpg, looks a little something like this:

Anyway, have a lickle look around pals. We'll be flinging more shoop-da-woops into the arena forever and ever! BYE
SQUIRTED BY FFFFFFFFFFFF CALUM AT 12:29 No comments:

It's here! The first official single from our new album. It's called Muscle Memory. It's out 6th of June on our own Pizza College label (pizza01!!) and you can watch the video right now, if you want:

TAGS - muscle memory, pizza college, there is a way

THERE IS A WAY

Our second album is called 'There Is A Way'. It has eleven songs on it. We made it in California with Ross Robinson. It comes out in June. We're really, really psyched for you to hear it. Here's the tracklist:

TAGS - there is a way
Older Posts Home
Subscribe to: Posts (Atom)